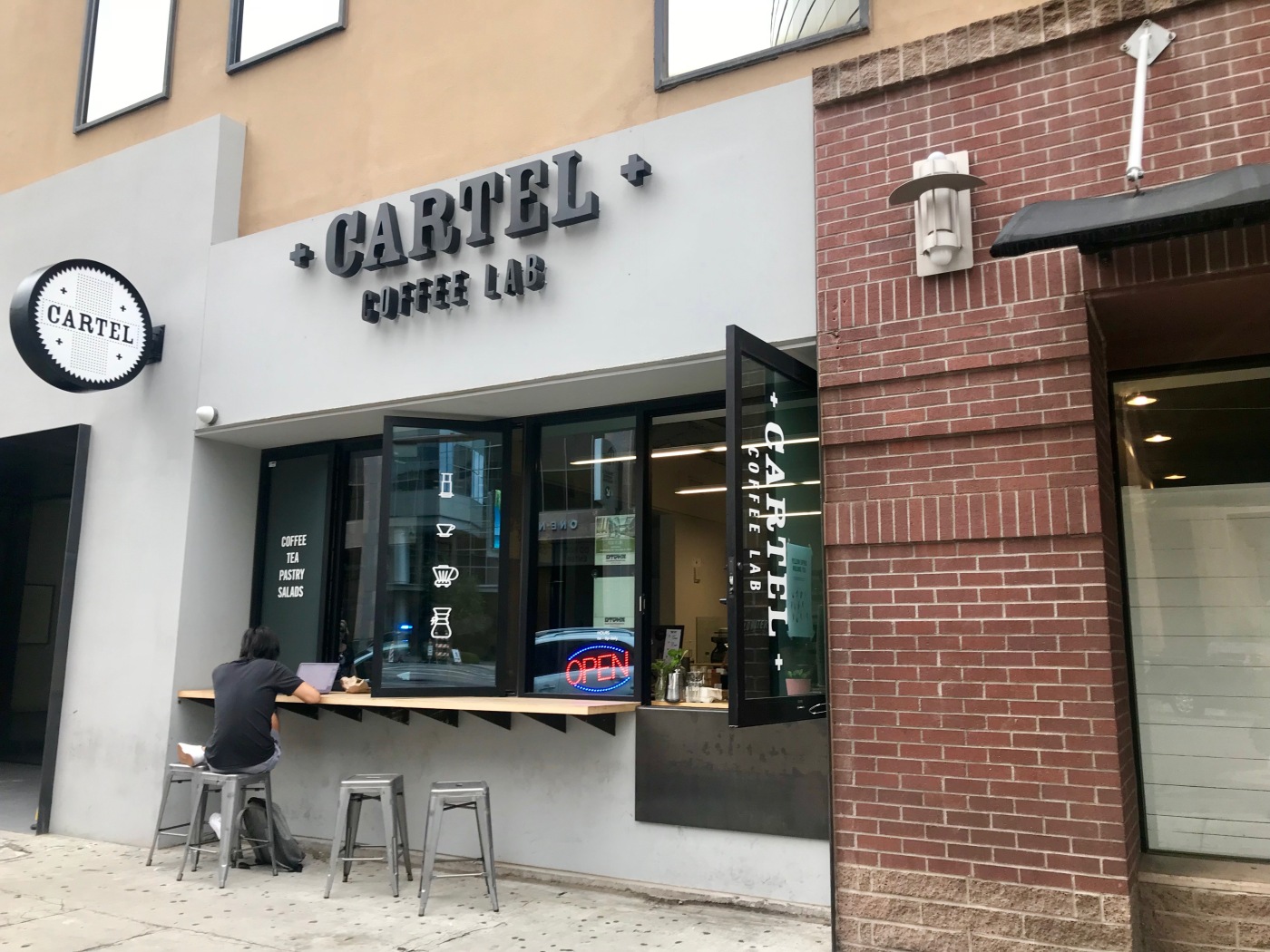 If there’s one item thought to go with coffee (or tea), it’s pastry. Cartel Coffee Lab has long excelled with its beverages, but in its early years, the coffee house was so exclusively focused on the quality of its brew that it barely served any food at all. Since then, Cartel has gone through phases of relying on external providers and varying its food offering by location. Now, in the most recent development, Cartel has started offering its own baked goods at its various locations, including both the original shop in Tempe and its smaller site in downtown Phoenix.

The Phoenix location is closest to light rail, with two platforms in each direction nearby. The shop is on the ground floor of a recently renovated office building that is also home to military recruiters, symphony offices, and venture capitalists. With this clientele, Cartel downtown has an efficient, buttoned-down feel. The shop itself is small, but windows facing an outdoor counter create an open feel. Cartel’s indoor seating is a another counter and a collection of picnic tables, benches, and chairs in the building lobby. Bike racks are found on both sides of First Street.

The Tempe location is farther from light rail at just over a half mile from the Mill Avenue / Third Street station; however, the Tempe Streetcar will have a stop much closer at University and Ash once service begins in 2021. Since this is Cartel’s original site, it’s much larger. Since it’s near the main campus of Arizona State University, it also has a more collegiate feel. There’s hip-hop and indie music playing, a graffiti-covered bathroom, and a wall made of bicycle wheels. A bike rack made of pipes is found along Ash Avenue, just outside one of Cartel’s two entrances here.

Cartel has sometimes used the slogan “not just about caffeine.” This doesn’t mean a Starbucks-style assortment of sweetened drinks in seemingly infinite flavors. Instead, it means that at any time, half a dozen varieties of single origin coffee are offered at market prices and described almost as if they were wines in terms of nuances of flavor. For aficionados, several different preparation options are available: AeroPress, V60, and Chemex. For those who just want a solid cup of coffee at a good price, the daily drip is probably the best option.

Espresso, cappuccino, and latte preparations are all available, but flavoring options are limited to two add-on syrups: vanilla and agave (somewhat like caramel in taste). For those who want to compare their coffee with and without milk, the menu lists a one-and-one, which is a plain shot of espresso served side by side with a second shot made into a macchiato. Teas are all loose leaf and are noted in terms of their origins and distinctive tastes. The changing selection includes black, herbal, and green teas, as well as specialized varieties such as jasmine silver pearls.

While Cartel’s approach to coffee has been steadily refined over a decade, its in-house bakery, situated at the Tempe location, is a more recent addition. Some renovation and expansion has created a pastry shop within the coffeehouse. In fact, it’s even possible from some seats hidden toward the back to see the bakers at work through an interior window. From this site, Cartel provides a changing assortment of baked goods that are then sold at all of its locations throughout the Phoenix Metropolitan Area. A separate bakery in Tucson supplies Cartel there. 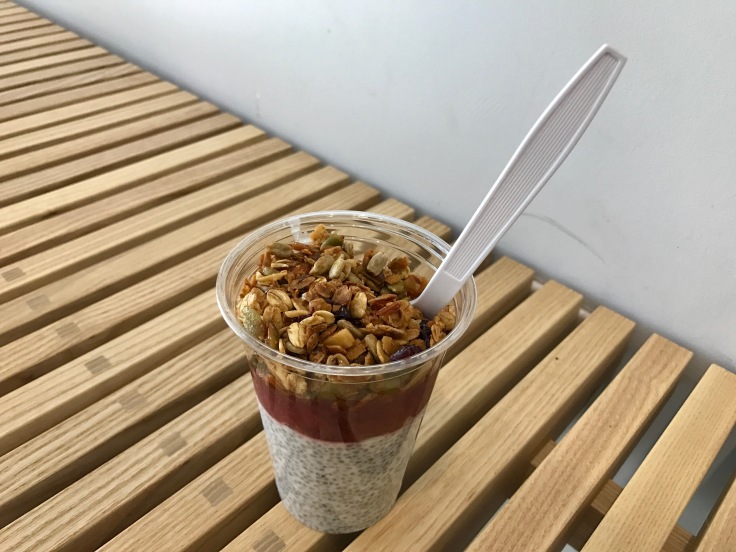 The pastry products offered include classic cookies with their own trendy twists such as single origin chocolate chip cookies and golden milk snickerdoodles with a turmeric-spiced drizzle on top. Each day there is both a sweet scone, typically with fruit flavors, and a savory one like pear, Brie, tarragon, and onion. Blueberrry breakfast cake and spiced zucchini bread have both made regular appearances in the pastry cases at both the Phoenix and Tempe locations. The only non-pastry option is chia seed pudding, a vegan treat found in a refrigerated case up front.

Cartel’s in-house bakery, which didn’t come about until a decade after the establishment’s founding in Tempe, seems to have quickly reached the same level of craft and quality as the longstanding coffee offerings. Cartel’s beans are now available for home consumption via a subscription service and are brewed at many local restaurants. For now at least, the baked goods are sold only on site, but they’re a worthwhile reason to make the journey to any of the coffee house’s locations, where coffee and pastry now go together better than ever.