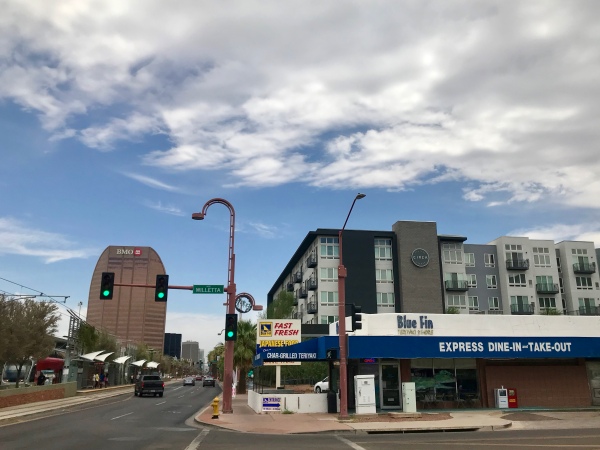 There’s a section of Phoenix announced on the train as a “cultural district.” Signs on the I-10 off-ramp at 7th Street point to an “arts district” in the same area. For decades, this part of town, also sometimes called the “Midtown Museum District,” has been defined by major cultural institutions such as the Burton Barr Library and the Phoenix Art Museum. The space between these attractions has largely been vacant lots. One exception is Blue Fin, a quick service Japanese restaurant located across the street from the McDowell / Central light rail station. END_OF_DOCUMENT_TOKEN_TO_BE_REPLACED