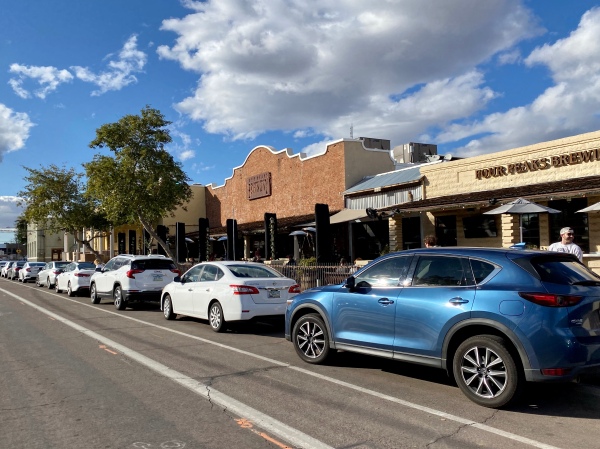 It has been about five years since the surprise announcement that local favorite Four Peaks, one of the craft beer pioneers in Arizona, was being acquired by the multinational giant Anheuser-Busch InBev. That news, one of many acquisitions of regional breweries, led to concern about the transaction’s impact on other craft beer producers and inevitable accusations of “selling out.” While the financial arrangements may be different behind the scenes, it’s reassuring that little has changed, and some aspects have even improved, for the consumer.

Cities are often stereotyped as environmental problems, full of pollution and development that negates the natural world. Properly managed, however, urban centers can actually be part of an environmental solution. By consolidating people in a more efficient manner and sparing the wilderness on the outskirts the pressure of development, cities can complement natural lands. One recent arrival in downtown Phoenix, Arizona Wilderness Brewing Company, seems to realize that its own wilderness ethos is compatible with an urban location on Roosevelt Row. END_OF_DOCUMENT_TOKEN_TO_BE_REPLACED

There are two explanations for how Surprise, Arizona, got its name. One is that the burgeoning exurb was named for the village of Surprise, Nebraska. Another is that the founder said she’d be surprised if the community ever amounted to anything. Given the growth of Surprise, the city has amounted to something, but it’s only in the last few years that Surprise-based businesses have garnered a reputation elsewhere in the metropolitan area. One of those, State 48 Brewery, has made a journey of over 20 miles via Grand Avenue to open in downtown Phoenix. END_OF_DOCUMENT_TOKEN_TO_BE_REPLACED

Uptown Plaza, the recently renovated shopping center across from the Central / Camelback light rail station, was first built in 1955. In the Eisenhower era, beer was more regional than it is today, with many brands that no longer exist popular in one place but perhaps unheard of a few states away. After several decades of industry consolidation, the pendulum has swung back towards local favorites with an emphasis on regional craft beer. In that way, Huss Brewing Company, which operates a taproom at Uptown Plaza, recalls the center’s midcentury roots. END_OF_DOCUMENT_TOKEN_TO_BE_REPLACED