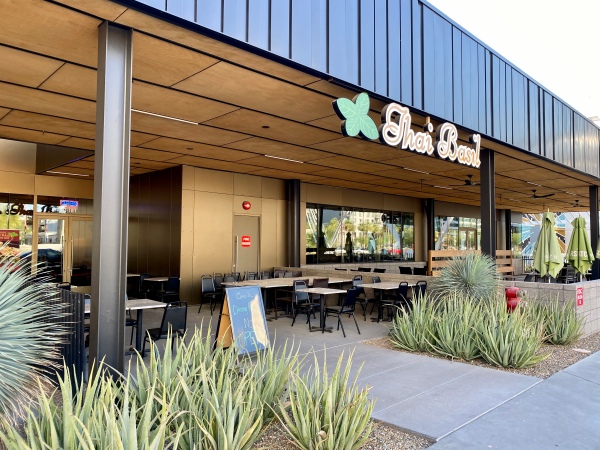 Recent headlines have lamented the closure of MetroCenter, once the largest mall in the Southwest. Long before MetroCenter’s rise and eventual fall, Phoenix saw the development of its first mall: Park Central. In the heart of the area now known as Midtown, Park Central’s development in the 1950s was the first step in retail’s departure from the traditional downtown business district three miles south. Of course, Park Central, like most malls, has faded as a shopping destination, but it is now finally re-emerging as an office and health care cluster. END_OF_DOCUMENT_TOKEN_TO_BE_REPLACED

After years of delayed hopes, Mesa’s small but charming downtown is beginning to see a wave of new development. Co+Hoots, the Phoenix-based coworking space, is on the way, and one proposal envisions a 15-story tower on a site currently used for parking. Close to all the action sits one long-running Downtown Mesa restaurant, Nunthaporn’s Thai Cuisine. Nunthaporn’s, which takes it names from founder Nunthaporn Treekamol, is growing as well with the recent addition of a second dining room to complement the restaurant’s original shoebox-style space. END_OF_DOCUMENT_TOKEN_TO_BE_REPLACED 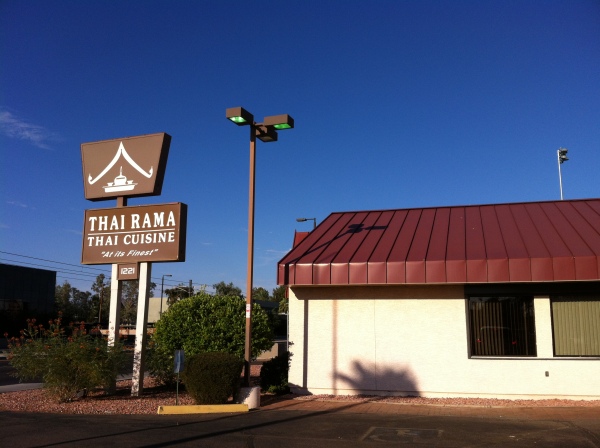 Thai restaurants seem to come and go at a high frequency in Phoenix, expanding and contracting in loosely affiliated networks with establishments of the same name owned by different family members or business associates. One local veteran, Thai Rama, has varied its suburban locations over the years but has remained a consistent presence at its original address in central Phoenix. Near the Melrose and Grandview neighborhoods, Thai Rama has stood for several decades in a standalone building a few blocks west of the 7th Avenue / Camelback light rail station. END_OF_DOCUMENT_TOKEN_TO_BE_REPLACED