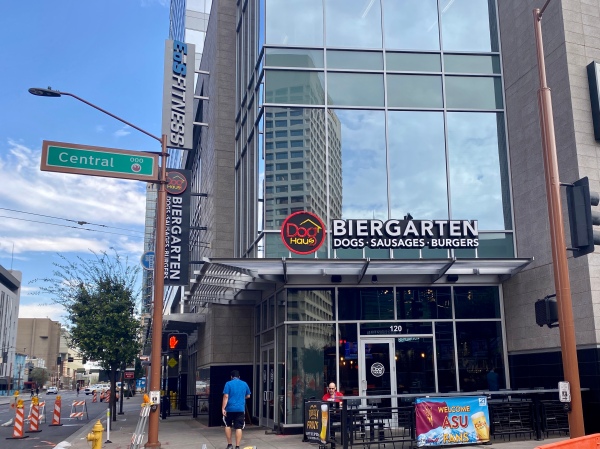 CityScape and other big projects in the core of the downtown Phoenix business district are usually defined first in terms of their anchor tenants, whether a contemporary hotel like the nearby Kimpton Palomar or an essential amenity like the Fry’s grocery at Block 23. In the smaller pockets of these developments, however, are numerous opportunities for more fine-grained retail and restaurant development. One spot at CityScape, a corner space right at the intersection of Central and Washington, has recently become home to Dog Haus Biergarten. 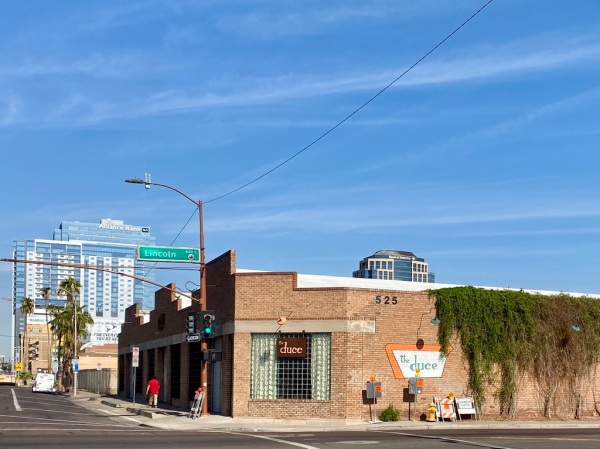 The word “deuce” can have so many meanings. Long before Doug Ducey became Treasurer and then Governor of Arizona, the Deuce was an old name for the south end of Phoenix’s downtown. It was often viewed as a notorious place where speakeasies coexisted with warehouses situated along the freight railroad tracks. In fact, the word “produce,” which describes much of what was stored in those warehouses, can be shortened to “duce,” suggesting that proximity to Second Street isn’t the only possible explanation for the name. END_OF_DOCUMENT_TOKEN_TO_BE_REPLACED

Dr. Who, the Eleventh Doctor to be precise, once responded to a question about his tasseled red felt hat by saying, “It’s a fez. I wear a fez now. Fezzes are cool.” That particular fez was immediately vaporized, but other versions of the same headgear have appeared throughout the series. It’s doubtful that fezzes will ever experience the same hipster resurgence as fedoras, but the Phoenix restaurant named Fez is celebrating its two millionth customer, having grown in popularity since its relocation from an original home in Midtown to its current space Downtown. END_OF_DOCUMENT_TOKEN_TO_BE_REPLACED