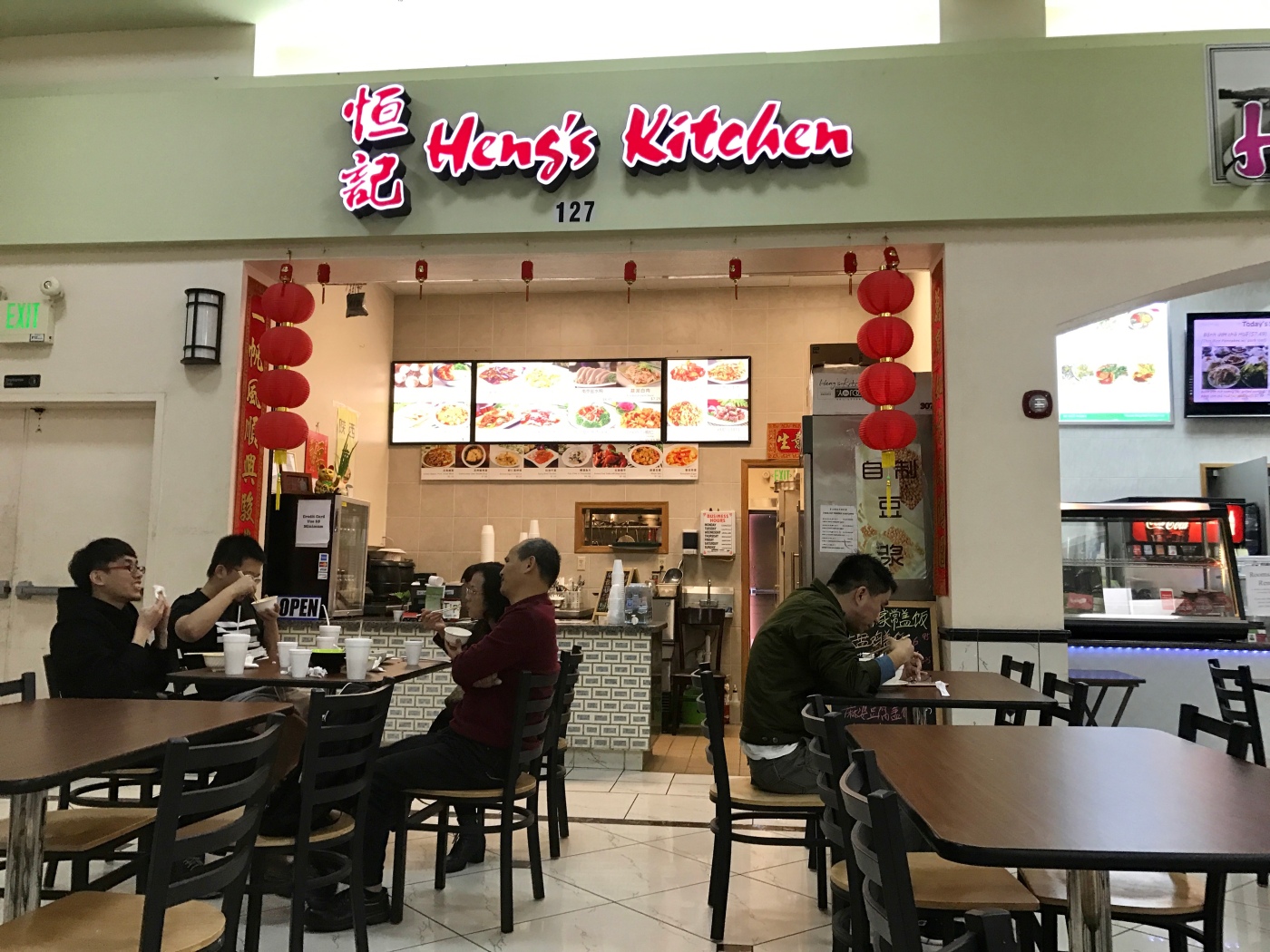 Almost every mall food court is guaranteed to have one stall serving Chinese food (or an Americanized approximation of it). Often, it’s an outpost of the big chain that is threatening to sue a local enterprise over its name. Sometimes, it’s an independent operation that is locally owned but still adheres to a menu of American Chinese crowd pleasers like General Tso’s chicken and sweet-and-sour pork, all served from steam trays. When a mall specifically caters to a clientele of east Asian ancestry, though, chances are the food court experience will differ.

That’s certainly the case at Mekong Plaza in west Mesa. There, in a shopping center located just a quarter mile from the Sycamore / Main light rail station, Heng’s Kitchen serves food court Chinese food at its finest. To be sure, Heng’s prepares freshly cooked and impressive renditions of familiar, unthreatening favorites like orange chicken and shrimp with broccoli. Nevertheless, the extensive menu encourages and rewards deeper exploration of noodle dishes, soups, stews, and street foods from myriad regions of mainland China, as well as Taiwan.

Mekong Plaza is an easy walk from the rail platform via Main street, and there are bike racks situated near the entrances to the building. Inside, the food court is found on the north side of the structure, toward the back, and Heng’s is the tenant furthest to the left as one enters the dining hall. Food courts are common in Chinese cities, so the inclusion of one in an Asian-oriented mall at the site of a former Target store is unsurprising. The current lineup includes two Vietnamese stalls, one Filipino option, and Heng’s as the choice for Chinese food.

Heng’s has two menus — one printed in pamphlet form and one on signs over the counter. The items highlighted above are just a subset of the paper menu, although sometimes with different numbers assigned to them. It’s probably best to state the name of the dish to avoid any potential for confusion. Either way, customers place their order at the counter and wait while it’s prepared in the kitchen. Heng’s is neither a buffet nor a quick-service restaurant, so it’s best to then take a seat and wait for the food to be brought to one of the tables shared by all food court tenants..

Heng’s excels with all sorts of dishes, but if there’s one specialty the stall is known for, it would be its dumplings. These have proven so popular that they’re not only served fresh by the half dozen, but also sold frozen in several varieties for preparation at home. The pork and vegetable dumplings are steamed just to the point of being tender, and a splash of the accompanying vinegar augments their mild taste. The spring rolls and wontons are fried to the point of being crisp while the vegetables and meats within retain their tenderness and distinct favors.

Other appetizers include a cold cucumber salad in which slabs of the green gourd are coated in a spicy, tart sauce with plenty of garlic and cilantro adding extra notes that play well atop the mild vegetable. The scallion pancake, served in triangular slices perfect for sharing, has a slightly smoky finish that complements the onion flavor within. Shanghai style tea eggs present a darkened, almost marbleized exterior due to their marination in tea, soy sauce, and other flavors that permeate the whites of the boiled ova while leaving the yolks unchanged.

During weekend lunch hours, Heng’s offers well-prepared versions of American Chinese classics like kung pao chicken in reduced portions paired with fried rice and a spring roll. This limited array of lunch specials also includes less cliched items such stir-fried tomato egg and fried beef with scallion. These items, along with the section of the menu labeled “family dishes,” might be seen as the starter version of Heng’s. For diners willing to advance to the next level, the restaurant offers bold noodle soups and stews with spicy and tangy flavors.

The spicy beef noodle soup is an intense, sinus-clearing Taiwanese dish full of chewy noodles just a bit thicker than ramen and tender slices of beef. The starch and protein are enlivened with sliced scallions, minced cilantro, and bits of fiery chilies in a dark, rich broth. The dandan noodles, a spicy Sichuan dish seasoned with chili oil, are tossed with ground pork and plenty of sesame seeds, cilantro sprigs, and sliced scallions. Small segments of lightly cooked green beans add color, crunch, and nutritional value to the generous bowl of noodles and meat.

Stewed spicy chicken with potatoes and peppers is a hearty, northern-style dish. The brown sauce is a bit like a Japanese curry, but some sichuan pepper is a clear reminder of its Chinese origin. The dish has plenty of innocuous bell peppers, but also a few fiery ones hidden among slices of dark chicken meat and potatoes. Big slices of garlic add another level of bold flavor. The dish takes a little longer to cook than most because of the potatoes, but it’s worth the wait. A simpler dish, perhaps suitable as a side, is shredded potatoes cooked with chilies.

Although Heng’s menu is relatively long for a food court establishment, it is lean, as would be expected, in terms of beverages and desserts. The house-made milk tea combines the best of both worlds with its sweet taste and creamy mouth feel providing some relief after the more incendiary dishes on the menu. With its inclusion of food from many regions of China, Heng’s covers a broad culinary territory in its small space. Food court Chinese food may be a steam table cliche in most malls, but Mekong Plaza is home to a welcome exception to that stereotype.